One of the things my art mentor has pushed me to do is study and think about artists from history. I have even copied several historical paintings to get a feel for how those works were created and to understand that style of art.

Now, younger me was not into this so much. I took art history in college, and we even went as a class to the Isabella Gardener Museum, which was amazing.

Art History Is Alive and Well

Then, as I got more into art, something happened. I became fascinated with learning about artists from history because – turns out – most of them lived crazy interesting lives that influenced their art. (Who knew?)

We live in a world today where we can look at and learn about all art styles. We can experiment with combining styles and making our own interpretation of things. And we have hundreds of years of inspiration to draw from!

It wasn’t always that way, though. Just 100 years ago, artists (mostly male artists, of course, as there were very few well known female artists) were still bound by traditional thinking and were just beginning to play around with form, line, color, composition, texture, and materials in order to create new art movements. These new styles of art were groundbreaking and revolutionary at the time, even though many of them seem quite familiar now.

Mixed Media Art Got Its Start About 100 Years Ago

The mixed media style of art is actually quite new when compared to the full history of art (hello, 20,000 year old cave paintings). The first well known artist to do a collage painting was Picasso in 1912. Before that, artists didn’t have much freedom to try various techniques and styles since the government or royal families and art patrons dictated what people painted and artists largely followed these norms since they needed to eat and pay bills.

In fact, several of the artists from history I talk about here struggled with the disconnect between their forward thinking ideas, and the reaction of the establishment and society to those ideas. Some even struggled to continue making art since the reactions to their ideas and beliefs were so strongly negative!

But lucky for us, they persisted and created some of the most interesting and influential artworks of their times. Many of the ideas and techniques they worked on can be used today to help inspire our own work. Here are five historical artists whose work will hopefully inspire your own! I also included some ideas for experimenting with each artist’s ideas in your mixed media art.

Klimt is well know today for his use of gold and silver leafing and intricate, detailed mosaic-like decorative elements in his paintings. His most well -known paintings, like The Kiss from 1907 and Bloch-Bauer I (or The Lady in Gold) from 1903-07, were created after he went to Ravenna, Italy and became inspired by Byzantine mosaics. He was an outspoken, forward thinking man who was the leader of the Vienna Secession Movement, a union that helped provide young, foreign or outspoken artists with a path to show their work (away from the already established Kunstlerhaus, which was Vienna’s established collective of artists).

Klimt was also a well-known ladies man, which explains the nature of many of his works (beautiful women setting within a gold and mosaic background). During his life he had 14 children, though he never married. He was famous later in life for painting while wearing a long caftan – and nothing else.

From Klimt, we are handed the use of:

Klimt’s ideas are easily borrowed for use in mixed media art. The use of very detailed symbols (especially as repeated patterns), work great for backgrounds or filling in areas of white, black, or color. The use of gold and silver is also easily incorporated into mixed media with paints, stamping, inks, or gold flakes, leafing, or glitter!

Henri Matisse is considered a Fauvist and an Impressionist. He did let some “Cubism” elements slip into a few of his works, although he openly professed his dislike for the style. He was very much influenced by Asian and African art after traveling in North Africa and seeing Asian art on display.

Matisse was the leading “Fauvist” painter of his time and worked closely with Andre Derain, another famous Fauvist. Fauvists used color to describe light, space and their own feelings in their art. Matisse had a frenemy relationship with fellow artist and leader of the Cubism movement, Pablo Picasso.

From Matisse, we are left with:

What better way to use Matisse’s ideas in your own mixed media art than to use color to represent feelings? We kind of do this already anyway! Collage elements and paper cut outs are also easily used in mixed media works. Plus, Matisse’s idea that we can study art from other places (in his case, Asian and African art) and use what we learn to help our own art is a way to help our own art become more interesting and complex.

Of course, today it’s much easier to study art from other places – we don’t have to plan a tour of Africa or a trip to the Louvre. Just Google artists from the country you’re interested in and you have new ideas and inspiration literally at your fingertips.

Kusama was born in 1929 in Matsumoto, Japan. As a child, she started suffering from hallucinations that turned into a lifelong struggle with mental illness. To top it off, she was the target of hate and abuse from her mother growing up. When Kusama made the decision to move to the US from Japan in 1957, her mother essentially disowned her before she left.

One positive to come from her traumatic childhood was her idea to paint what she saw during her hallucinations and make art from them. She eventually became a well known and prolific – yet eccentric – artist in the 1960’s and early 70’s while living in America. But as her fame grew, so did her mental health struggles. She became extremely burned out and moved back to Japan, voluntarily checking herself into a mantal hospital, where she has lived and worked to this day.

Kusama: The Queen of the Polka Dot

Kusama’s art, like herself, is very vibrant and unusual. She is a performance artist as well as a painter and is well known for doing art installations featuring her famous polka dots. Her hundreds of paintings all feature vivid colors and her signature dots and squiggles. In 2008, Kusama again became an art world darling after and already long career when she worked with fashion icons Marc Jacobs and Louis Vuitton.

From Kusama, we can make use of:

Kusama’s work easily lends itself to inspiration for our own mixed media art. Bright, colorful shapes in varying sizes and repeated patterns? Of course! This idea can be used as inspiration for creating fun backgrounds, or for becoming the subject itself. You could stamp or stencil a shape multiple times and then make each one unique with color and detail marks like squiggles, zigzags, circles, or  . . . honestly, the sky’s the limit!

Since the surge in popularity of Frida Kahlo, Diego Rivera is often mentioned in the same breath because he was married to her from 1940-1954. But Rivera was an influential artist in his own right, and earned the title of most influential Mexican artist of the 20th century.

Rivera was born in 1886 in Guanajuato, Mexico. As a young child (before age 6!) his parents recognized his artistic ability and gave him a room in their home to paint murals on the walls. He travelled throughout Europe and returned to Mexico at the start of the Mexican Revolution. Rivera was a Marxist and very interested in social inequality, the relationships between nature, industry, and technology, and Mexican history. He became the founder of the Mexican Muralist Movement, and created large murals throughout Mexico showing daily life and Mexican history.

From Rivera, we learn that:

From Rivera, we can think about how to use history, our personal heritage, or symbols that have meaning to us in our art. How can we make art that tells a story? What can we create that teaches viewers about our history, or about ourselves?

Marc Chagall was born in 1887 in Vitebsk, Russia (now Belarus). He was the oldest of nine children in a Hasidic Jewish family. His Jewish faith was an important part of his life and his artwork, as was his beginnings in a rural village. These themes ran through his art his entire life as he painted and found recognition as an artist until his death at age 97.

Chagall studied Cubism and Expressionism, but his art was unlike any other – and this was one of the reasons he was so popular throughout his life. He painted figurative art and nearly always focused on people and animals, depicting Jewish folklore and Russian life in a dreamy style that drew from abstract ideas but kept the subjects very real.

Chagall also worked in many different mediums throughout his life: oil, gouache, watercolor, mural, ceramics and even set and costume design!

From Chagall, we can take away:

Chagall was inspired by his life, and by the works and styles of many different periods of art. We can use this in our own art, too. Chagall drew from Cubism, Fauvism, Symbolism, and Surrealism. He also used ideas from his Jewish faith and his time growing up in rural Russia. We don’t have to be tied to one “style” or type of art. We can study many different styles and choose a combination that works for us!

Artists From History Aren’t Boring! They Can Teach Us a Lot!

I hope looking at these 5 artists from history has inspired you to find artists and art styles that speak to you and inspire your own art. I found a lot of information from the website listed below, or you can start with a simple Google search or a trip to your library.

Information on these artists from history and more can be found at theartstory.org, a non-profit organization with an online catalogue of historical artists.

Is there a particular artist and style that speaks to you? Let me know in the comments! I personally have always loved Klimt’s work (gold, yes please!) and the Impressionists, but I am fascinated by all artists and styles.

For more mixed media art inspiration, check out my article on Different Styles of Mixed Media Art: How to Find Your Perfect Fit 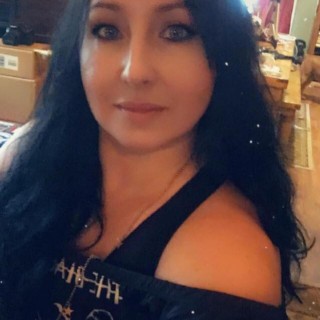